We’re in a war—the War of the Worldviews.

Scroll down to stream or download this episode and for hot links to Apple Podcasts and other listening options.

Some of Our Dialogue Edges on War of the Worldviews

Joshua C. Faltot is a science fiction author in the post-apocalyptic genre. He’s a creative. Entrepreneurial. He carries a strong interest in thought, worldview issues, culture, and society. He hosts a solid podcast, The Writer’s Lens, which focuses on writing and publishing, storytelling, entrepreneurial questing, and society and culture. You can find it on Apple Podcasts and other major podcast apps. 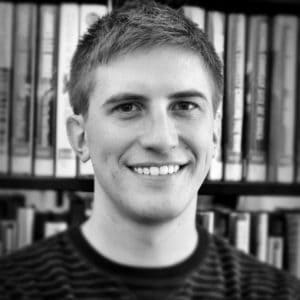 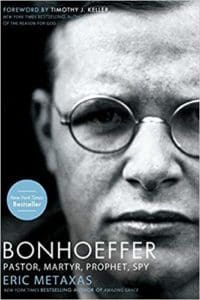 As Adolf Hitler and the Nazis seduced a nation, bullied a continent, and attempted to exterminate the Jews of Europe, a small number of dissidents and saboteurs worked to dismantle the Third Reich from the inside. One of these was Dietrich Bonhoeffer—a pastor and author (via Amazon book description). “Metaxas presents Bonhoeffer as a clear-headed, deeply convicted Christian who submitted to no one and nothing except God and his Word” (Christianity Today).

Joshua referenced this podcast in this episode. An excellent podcast to get current with the War of the Worldviews. “Unbelievable? engages in fundamental questions on Christianity with the intention to openly discuss different opinions between Christians and non-believers” (via iTunes).

The Road to Mars (The Mars Trilogy) by J.C.L. Faltot 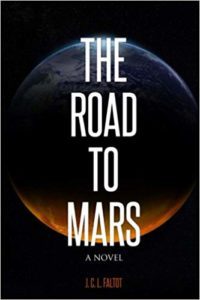 This is the Joshua’s first book in his Mars Triology. His second book in the series is set to be released soon. Stay connected at JCLFaltot.com.

(via Amazon) Mars is colonized. Yet its inhabitants are cut off from Earth. An event known as the “Pulse” is eating the light on Earth. And Mars has been blamed for it. In the years after, Darion Wallace and his 10-year old daughter wander the darkened planet. Desperate for safe haven, Darion searches for a means to get to Mars. A legend few believe, a being thought to be myth. A road leading him from Earth. And his humanity. The road is open. Mars awaits.

Called to Create: A Biblical Invitation to Create, Innovate, and Risk by Jordan Raynor 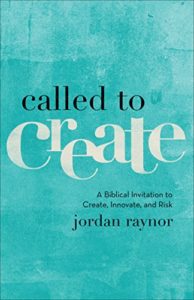 We referenced this book by Jordan Raynor on the episode.

(via Amazon) We were created by an infinitely creative God to reflect his love and character to the world. One way we do that is by continuing his creative work. In this energizing book, serial entrepreneur and bestselling author Jordan Raynor helps artists, entrepreneurs, writers, and other creatives reimagine our work as service to God and others.

Disclosure of Affiliate Connection: Some of the links in the post above are “affiliate links.” This means if you click on the link and purchase the item, I will receive an affiliate commission. I only recommend products I believe will add value to my readers. I am disclosing this in accordance with the Federal Trade Commission’s 16 CFR, Part 255: “Guides Concerning the Use of Endorsements and Testimonials in Advertising.”