Our guest, Brent Keilen, is the Director of FRC Action, the legislative affiliate of the Family Research Council in Washington, DC. We briefly discuss the vital mission of pray, vote, stand.

Of all places I was at a massive pumpkin festival when I sat down on a tour bus for a few minutes with Brent Keilen. We discussed the vital significance of Christ-followers engaging the political space with consistent prayer, political participation, and standing strong for the values of faith, family, and freedom.

It’s more than the political space though — we’re called to be salt and light in education, arts and entertainment, and all arenas of influence. Will you embrace the call?

I have one great political idea … it is in substance, ‘Righteousness exalts a nation; sin is a reproach to any people.’ … This constitutes my politics—the negative and positive of my politics, and the whole of my politics. — Frederick Douglass, African-American Abolitionist, 1800’s

Brent is the Director of FRC Action. He oversees FRC Action’s voter education and grassroots mobilization projects as well as the political efforts of FRC Action PAC and the Faith Family Freedom Fund. From an early age, he has had an interest in history as well as both state and national policy-making. Brent spent over four years in the Michigan state legislature as a Legislative Aide and Policy Director where he managed constituent services and the drafting and advancement of legislation. He attended Northwood University. He worked with the Republican National Committee during George W. Bush’s presidential race in 2004 and has assisted with numerous gubernatorial, congressional, state legislative, and ballot initiative campaigns. 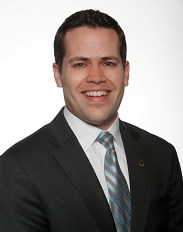