Advent Advancing Is Devastating News for the Dragon

Advent is not just the anticipation of celebrating Christ’s birth each December. The real truth of Advent is that Christ coming into our world pronounces a sentence of doom upon all darkness. It has set in motion a powerful process which is transforming everything … Advent advancing. And this comes right down to our personal lives!

Jesus has come … is coming … and will come

Christmas is an invasion from on high! Those angels in the skies over the Judean hills were a “multitude of heavenly hosts.” Angel-armies. (See the stellar G. K. Chesterton quote at the end of this article.)

Traditional Advent is the anticipation of celebrating Christ’s birth. In the weeks leading to Christmas, we prepare our hearts.

But Christ’s coming is not just a one-off event. A point in time. The incarnation has set in motion a process. He continues to come in fullness and power throughout the Body of Christ. In history since the birth of Christ. And in our day. Paul’s understanding is that the people of God attain “the measure of the stature which belongs to the fullness of Christ” (see Ephesians 4:13).

We have to build this into our worldview. Advent advancing.

Plus we anticipate His coming again—there will be a complete revelation of Christ, this time in overwhelming rule and completeness. The partial will be done away and the perfect will come.

So Advent is progressing through time. It’s advancing through those who yield to his presence in our day.

“And He (God the Father) put all things in subjection under His feet (Christ), and gave Him as head over all things to the church, which is His body, the fullness of Him who fills all in all” (Ephesians 1:22-23).

Jesus is no longer a baby. He is ascended and seated as a King. He is filling all things.

See Ultimate “Disruptive Innovation” … the Christ Child! and Heaven and Earth Merging in You!

Did you know that the compound name that represents Christ’s nature most frequently used in the Scriptures is Lord of Hosts? It appears nearly ten times the sum of all the other compound names revealed in the Scriptures. “Hosts” are angel-armies. Jesus is the Lord of Armies. These angels are terrifying warriors … the same angels who appeared to the shepherds in the Judean skies. Imagine if a real angel appeared on the top of your Christmas tree! Now that would be a December to remember! You may enjoy Francis Frangipane’s article, The Lord of Armies.

The Dragon rages. You reign in Christ!

The coming of Jesus Christ into the earth is an existential threat to Satan’s kingdom. The serpent of old is not pleased. He’s doomed.

“And the dragon stood before the woman who was about to give birth, so that when she gave birth he might devour her child. And she gave birth to a son, a male child, who is to rule all the nations with a rod of iron; and her child was caught up to God and to His throne” (Revelation 12:4-5 NASB).

This raging, anti-Christ spirit was in the earth for centuries, even prior to the birth of Christ. Then, the demonized King Herod tried to murder the Son. The same spirit has slithered through history since the nativity.

Even now, as a Christ-follower, much of what you may go through is not so much about you, as it is Christ and His Kingdom within you. Yet you overcome because Christ has been born in you. “Greater is He who is in you than he who is in the world” (1 John 4:4)!

Christ is an indestructible king!

“For unto us a Child is born, unto us a Son is given; And the government will be upon His shoulder … Of the increase of His government and peace there will be no end …” (Isaiah 9:6-7 NKJV).

His Kingdom increases constantly. In and through us. I’m calling it 365 Advent—living in the possibilities of Christmas each day of the year.

The Son of God is the Ultimate Victor. Rejoice! In Christ, you are unstoppable.

Live in the light of this vision for your life … “The kingdom of the world has become the kingdom of our Lord and of His Christ; and He will reign forever and ever” (Revelation 11:15 NASB).

Allow your thinking to be renewed to this worldview. Increase your resolve …

Christmas is an invasion into enemy territory.

G. K. Chesterton wrote that we take in the fragrance today of that “explosion in the Judean hills” 2000 years ago. The cave is an outlaw’s den, an outpost, a fortress in enemy territory. Herod’s days are marked. The Dragon’s doom is sealed!

“There is something defiant in it also; something that makes the abrupt bells at midnight sound like the great guns of a battle that has just been won. All this indescribable thing that we call the Christmas atmosphere only hangs in the air as something like a lingering fragrance or fading vapour from the exultant explosion of that one hour in the Judean hills nearly two thousand years ago. But the savour is still unmistakable, and it is something too subtle or too solitary to be covered by our use of the word peace. By the very nature of the story the rejoicings in the cavern were rejoicings in a fortress or an outlaw’s den; properly understood it is not unduly flippant to say they were rejoicings in a dug-out…. It is also that there is in that image a true idea of an outpost, of a piercing through the rock and an entrance into an enemy territory. There is in this buried divinity an idea of undermining the world; of shaking the towers and palaces from below; even as Herod the great king felt that earthquake under him and swayed with his swaying palace.” (Excerpt from G.K Chesterton’s chapter The God in the Cave in The Everlasting Man.) 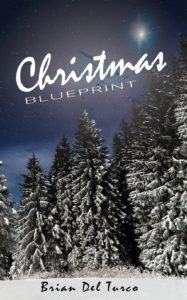 The Christmas narratives in the Gospels of Matthew and Luke have “prophetic templates” and principles for us now. We can build successful lives with these Kingdom dynamics! Read on any phone, tablet, or computer (currently not available for Nook).

Our personal identity is released and we’re empowered to live our highest life. Christ is a spell-breaker. The Son who was given will liberate you, opening the door to the life you’re meant to live.

Christmas, incarnation, on earth as in heaven